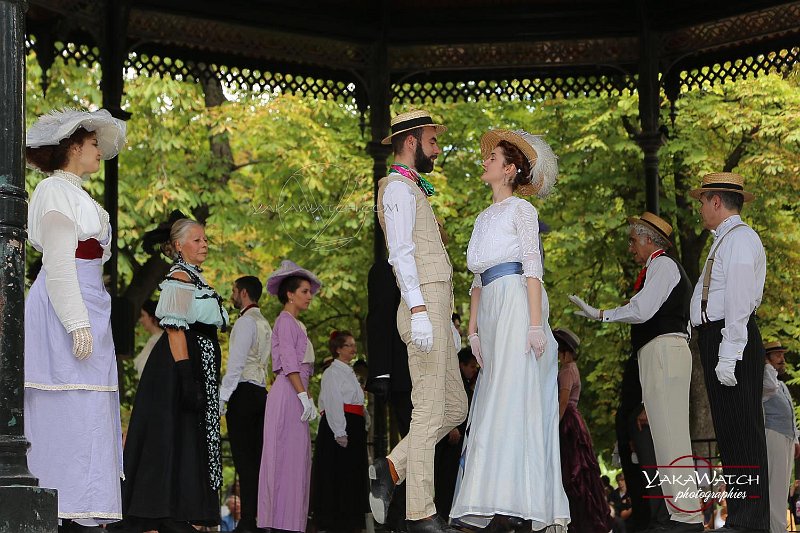 Historical dance in costumes 1900. Reconstitution organized by the association "Carnet de Bals" under the bandstand of the Jardin du Luxembourg in Paris...

In the bucolic setting of the Parisian garden of Luxembourg, far from fancy festivities, the french association Carnets de Bal presented, in all simplicity, a swinging dancing show of the early 20th century. 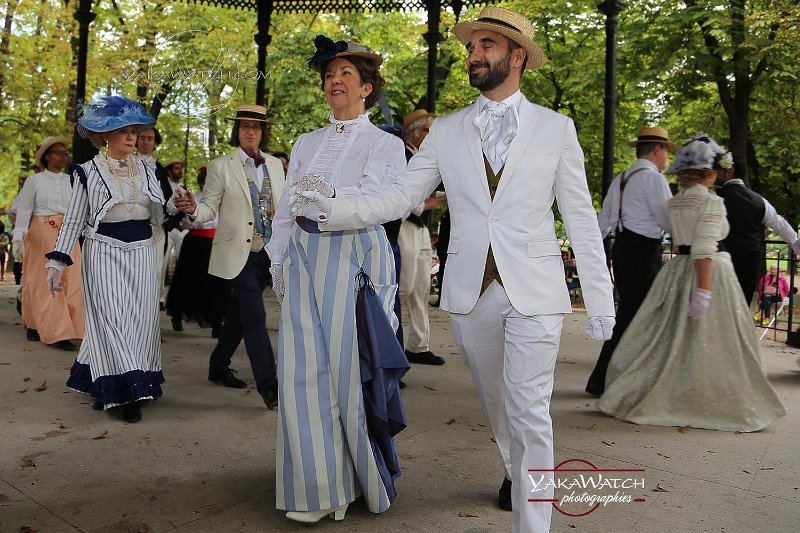 In a beautiful flight of skirts and with the rhythm of polkas, mazurkas, waltzes, jigs, quadrilles and other gallops that during a beautiful summer afternoon, the public was invited to discover or rediscover the beautiful dances of yesteryear . Between each dance demonstration, the spectators were also invited to "enter the ball" and mingle with the dancers. Spectators and participants, everyone enjoyed themselves and a cheerful mood reigned around the bandstand. 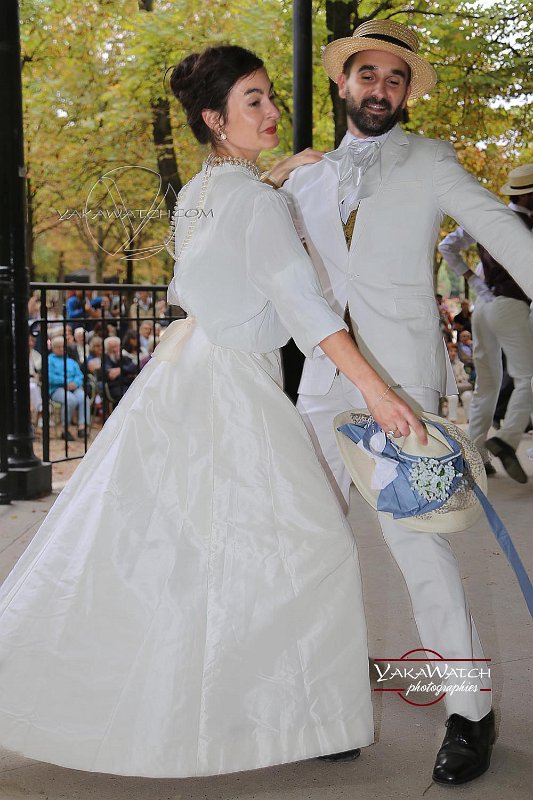 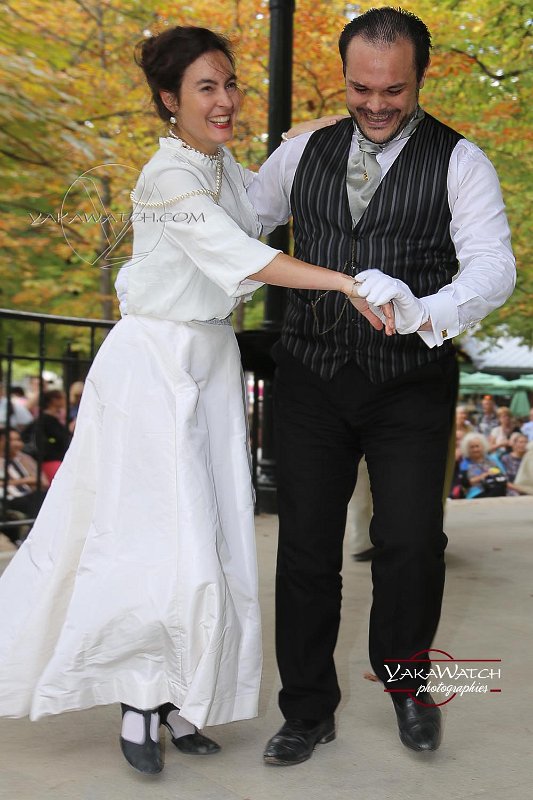 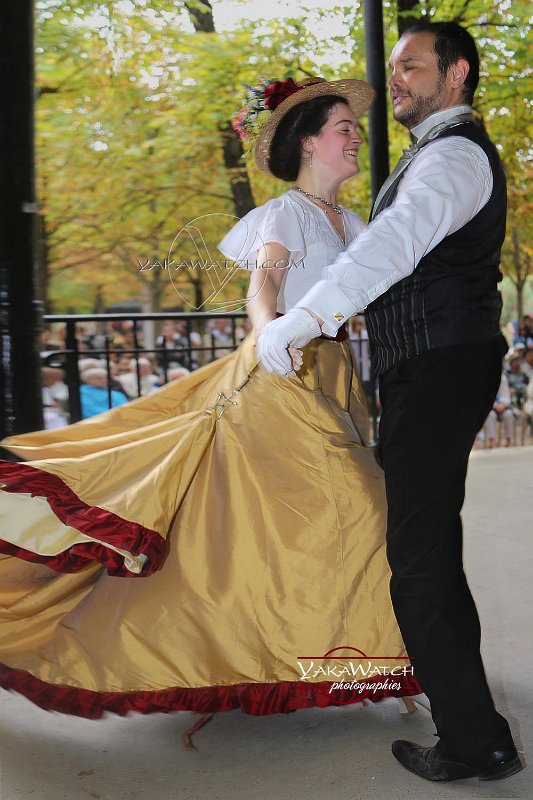 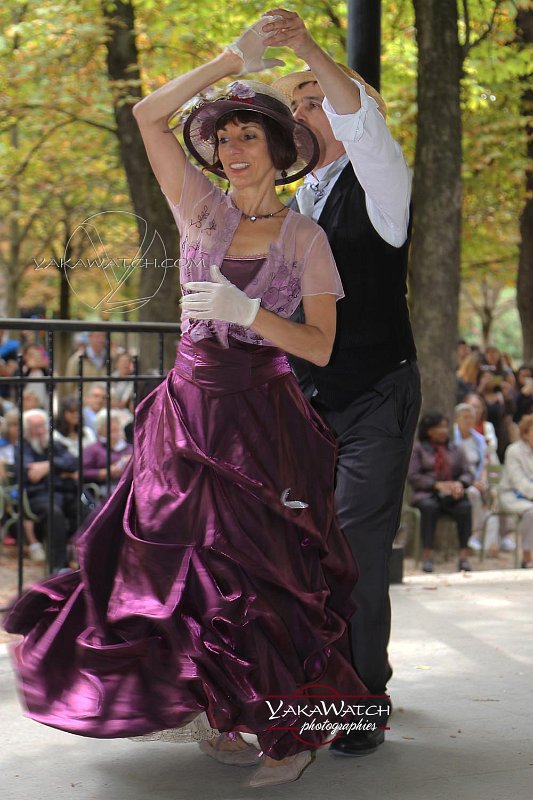 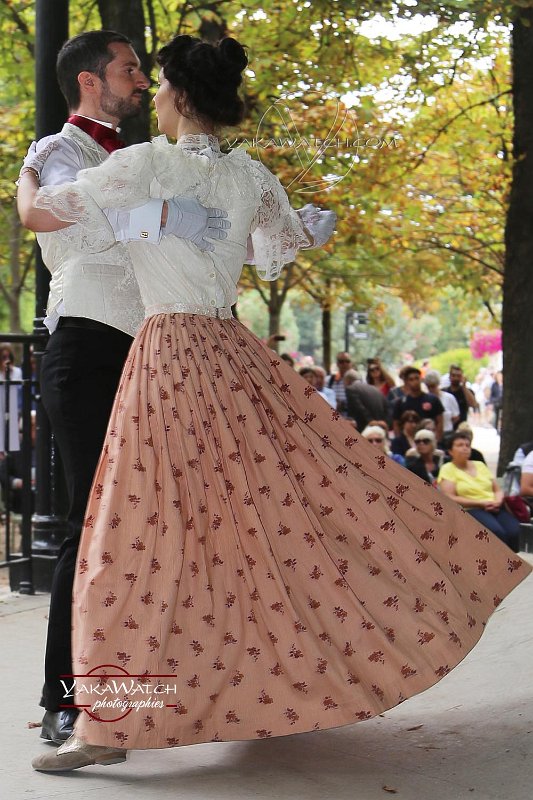 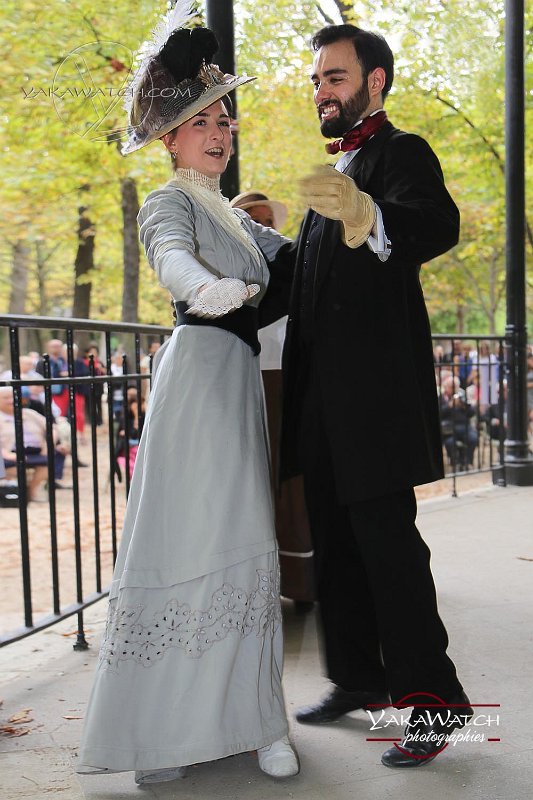 The historical reconstruction side of the afternoon fashion was respected. These ladies wore long skirts and blouses of fine lace with their neck rising and sleeves covering their arms to the elbows, according to the rigorous propriety at that time. Hats loaded with feathers and flowers, and short gloves, possibly fans and umbrellas completed the outfit. The men wore jackets, frock-coats, waistcoats, gloves and hats, top hats or boaters. 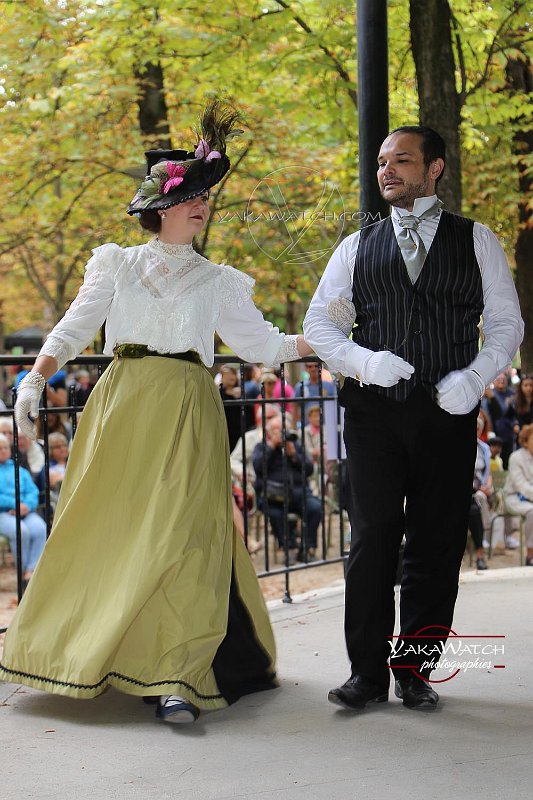 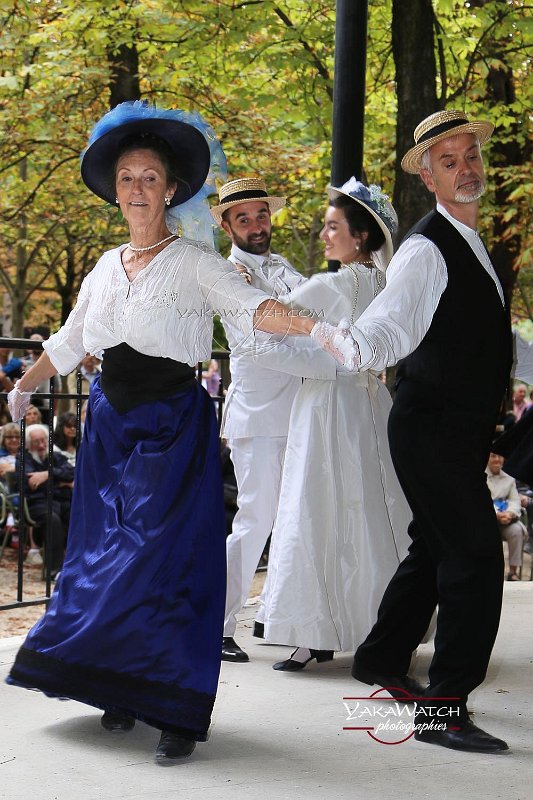 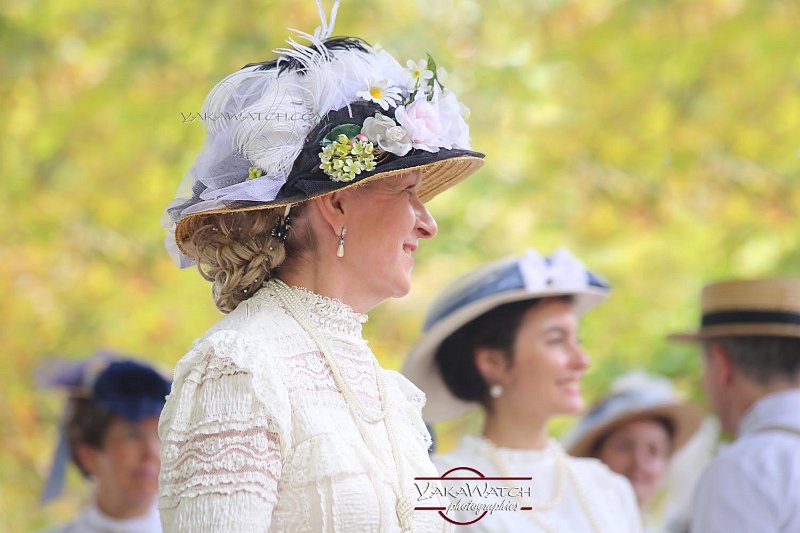 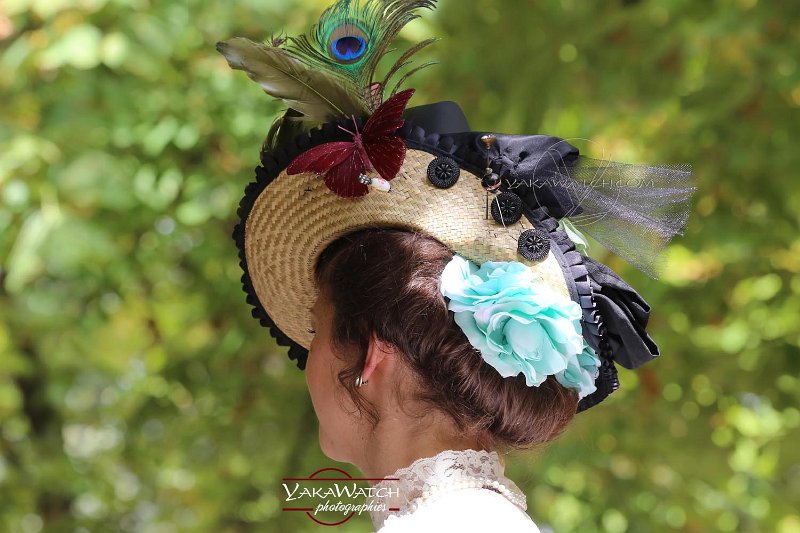 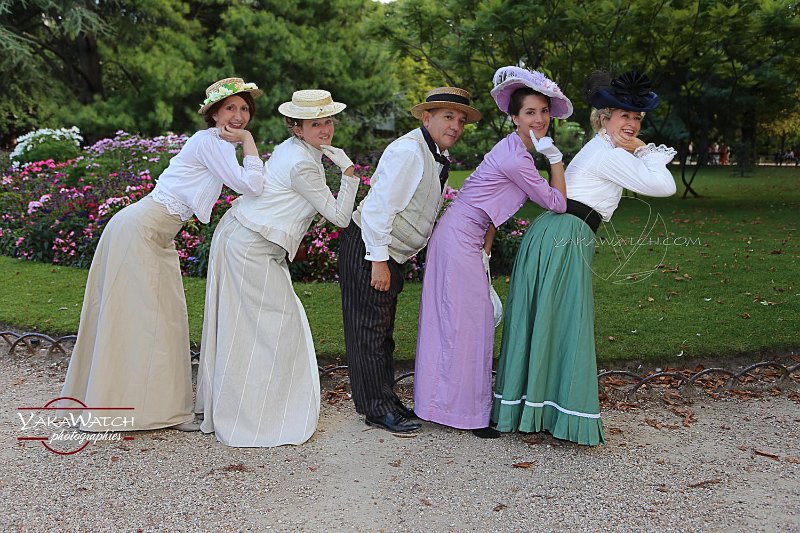 In the bandstand of the Jardin du Luxembourg,  professional and passionate amateur dancers have revived the Belle Epoque, sparing no enthusiasm, with a lot of pirouettes and entrechats. The dancers twirling and flying their partners. 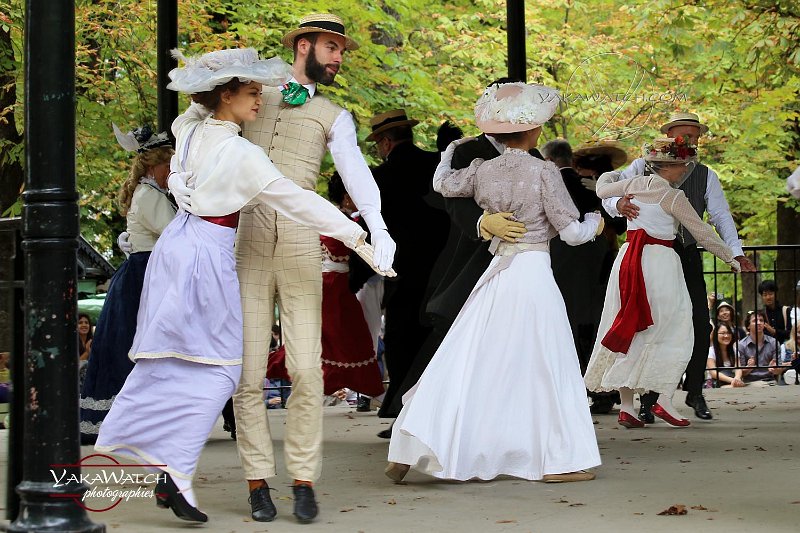 In the Belle Époque, people love dance and garden-parties 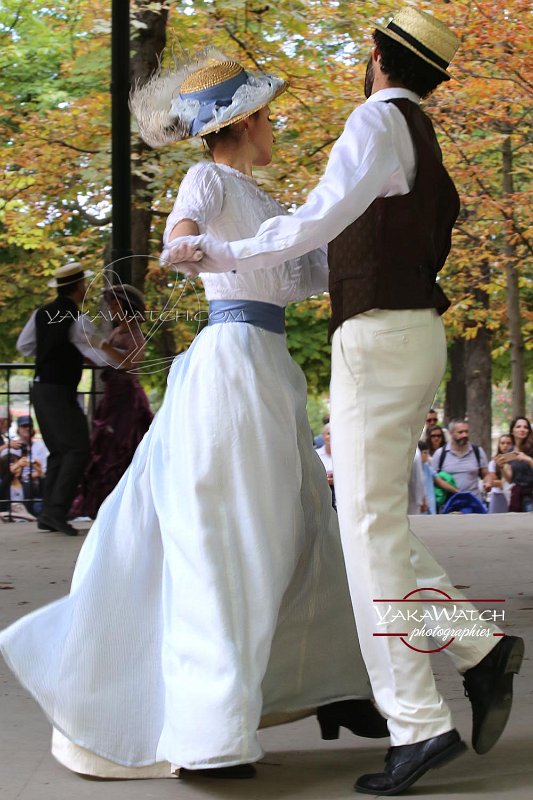 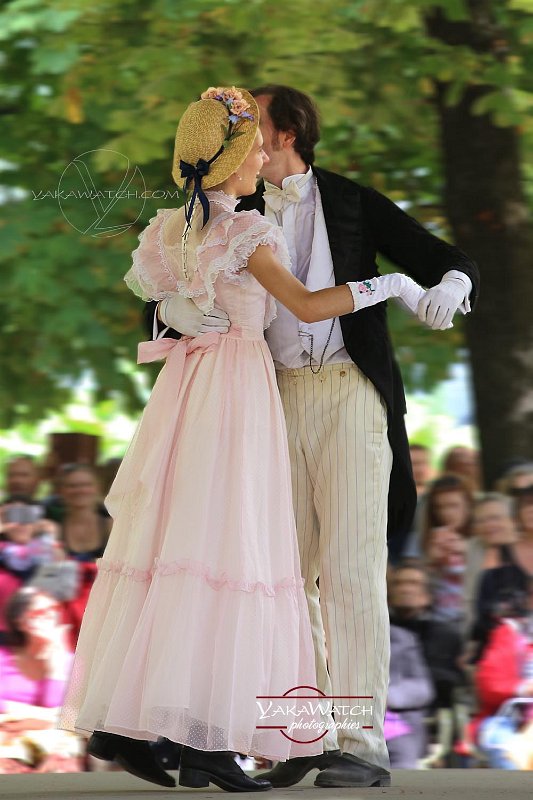 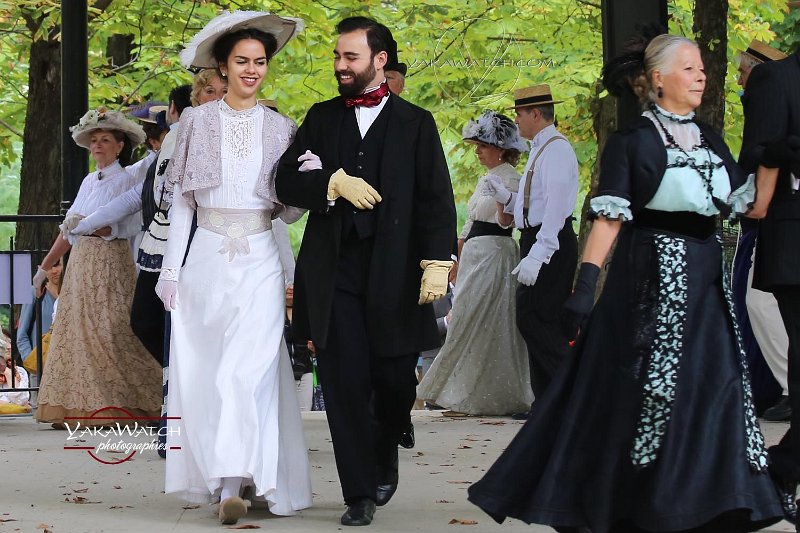 In France, at the beginning of the 20th century, people love dancing. During the "season" there was a ball every night. We also called "ball" the places where where dancing and having fun, in the afternoon or evening. In the Belle Époque, there are about sixty different balls in Paris, the largest of which, the "Bal Bullier" or "Closerie des Lilas". Among the famous balls where also the "Bal de l'Opéra", the "Élysée Montmartre", the balls of the "rue de Lappe", the Debray Ball (Moulin de la Galette), the "Moulin Rouge"...

Historical dances are a choreographic heritage from medieval times until the 1940s. The concerned dances have a common point: ball dances are characterized by a set of steps that couples of dancers can perform simultaneously or successively: waltzes, "bourrées", barn dances, contradances, mazurkas, polkas ... 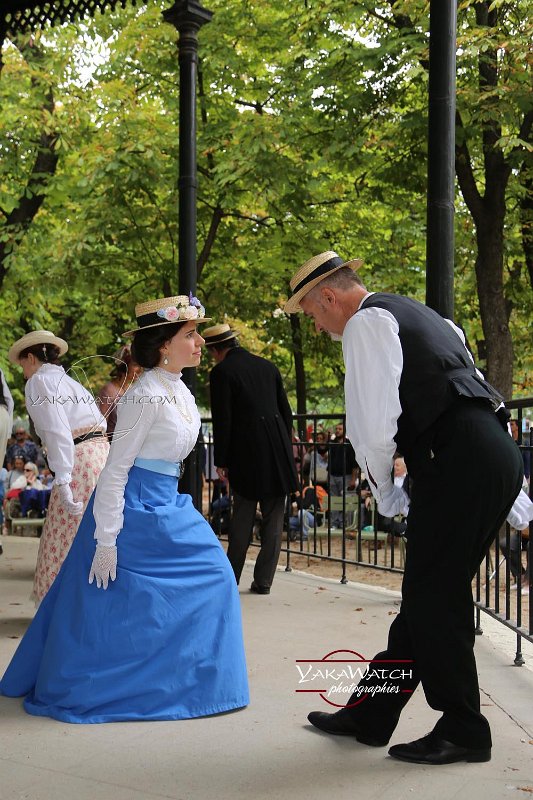 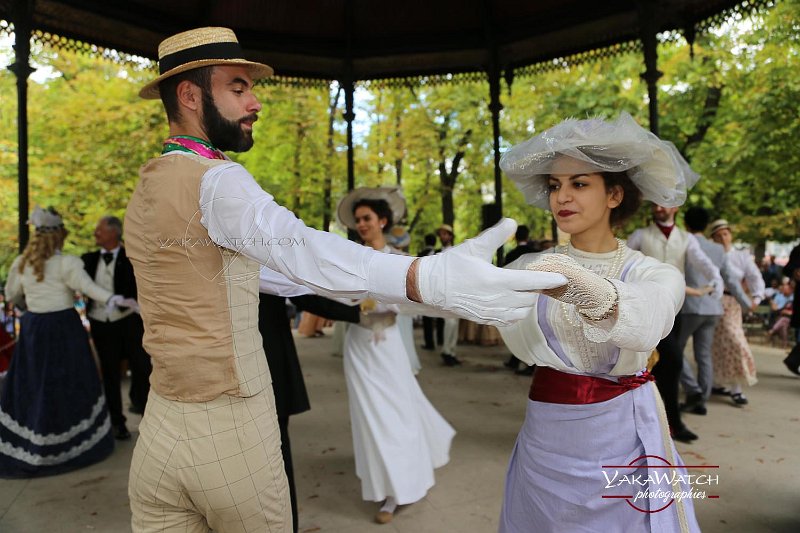 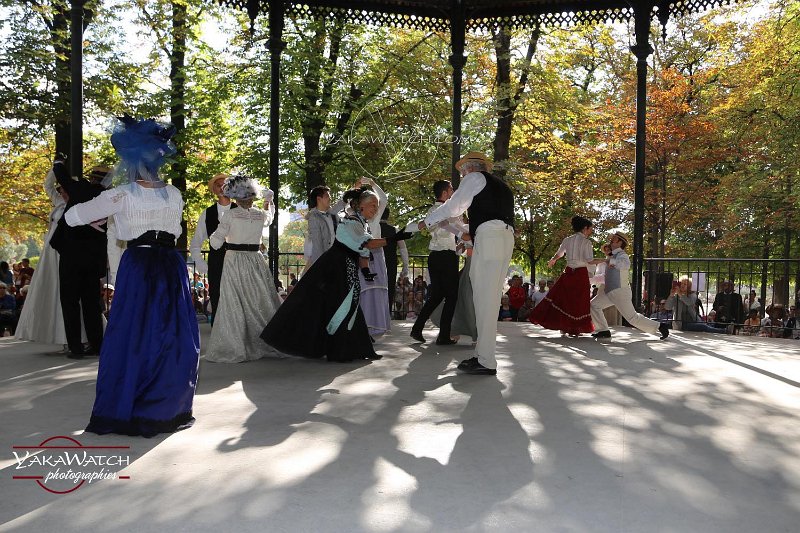 Historical Dance is thus considered as an activity both sporting and social cohesion and as a heritage conservation activity. 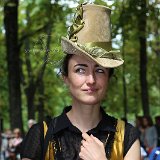 Created in 1989, Carnet de Bals is the oldest and the first French association of historical dance. Its mission is to teach, spread, revive and promote the Historical Dance. Carnet de Bals aims to recreate balls for the purpose of historical reconstitution and cultural heritage transmitting (dances, music, costumes, hairstyles). 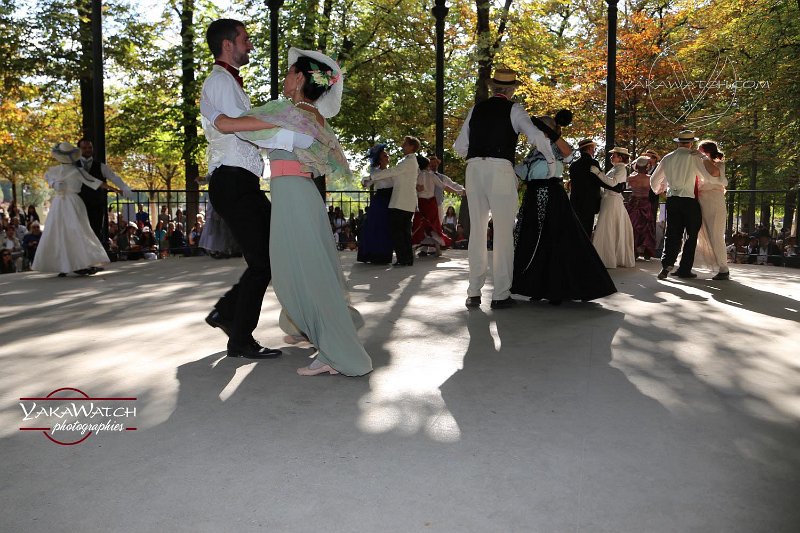 Bal 1900 at the Jardin du Luxembourg, re-enactment in historical dance by the association Carnet de Bals

Carnet de Bals organizes many international courses and re-enactment balls in prestigious french historical places such as the Tour Eiffel, the Invalides, the Musée d'Orsay and many castles of the Île de France. 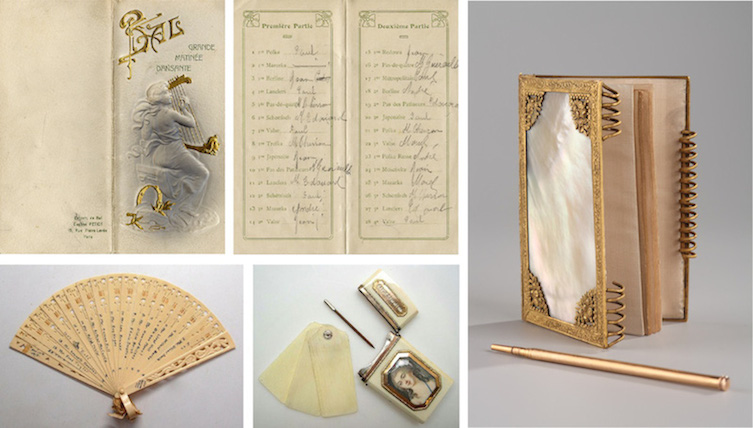 The dance card is an essential accessory of the balls since 1820. This may be a simple fan or a real "work of art" pearly covering notebooks in which the dancer wrote the name of the riders and the order of dances on the program of the evening. For the most popular, the ball-book was a simple cardboard notebook containing as many sheets as dances. 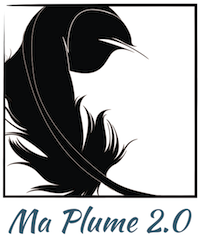